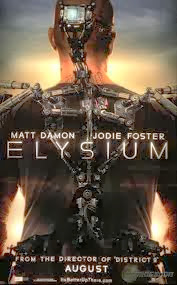 When I went to Family Video, one of my daughters made a request for something Sci-Fi. While I usually stay clear of mainstream blockbusters, how could I pass the opportunity to keep up the daughters interest in Sci-GI and horror? Armed with that request, I picked up what she wanted, 2013s Elysium. 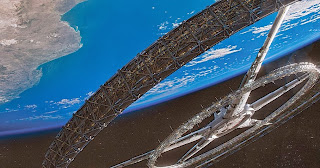 Plot/ In the year 2154, the very wealthy live on a man-made space station while the rest of the population resides on a ruined Earth. A man takes on a mission that could bring equality to the polarized worlds. 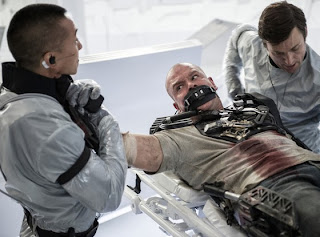 In some ways a follow-up to District 9, this film in no way measures up to that piece of great Sci-Fi cinema. While not a terrible flick this one just lacks a coherent script. Yes, the action sequences are solid, the CGI is above average and the cinematography creates a tremendous example of a post-apocalyptic world. While these aspects and the set design create stunning visual world, it cannot save the film from a severe lack of  characterization that brings it down. while some of the performances are solid, many are flat, and fall short of the potential that existed with the cast. When you couple the uneven performances with a uneven storyline and a simple ending, you have a recipe for issues. In the end, this is a visually impressive flick that had the potential to be something special. Unfortunately, the miserable characters and dismal script prevent that from happening. Sure, it is watchable, but it is nowhere near a Sci-Fi masterpiece. 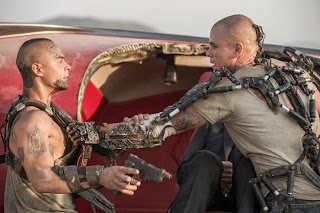