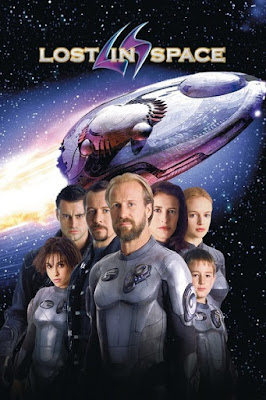 After a mixture of serial killers and creature features, I decided to venture into something with more of a sci-fi edge. After some thought, I decided on the 1998 reboot, Lost in Space.

Plot/ The Robinson family was going into space to fight for a chance for humanity. Now they are fighting to live long enough to find a way home.

I remember when this one came out and like many fans of the original series; I found it a bit disappointing. After re-watching this earlier in the week, I think my first impression was way off. While this is not a perfect film, it does have more positives than flaws and the storyline is closer in tone and depth to some of the initial episodes of the series than it is given credit for. The effects were solid, the cast was fun and their performances were decent, and the cinematography was spot on and created an entertaining feel. Unfortunately, the scripting felt forced and the dialog was choppy with too much focus put on trying to be clever and there were more than a few clichéd moments. In the end, this was an entertaining science fiction adventure suitable for the entire family, and a movie that is better than it has been given credit for. If you have a chance, give it a shot, you could do much worse.