After spending some time in an Art House Cinema mood, I decided that it was time to venture into something mindless and fun. Having searched all of my streaming services, I decided on the 1964 sci-fi entry, The Time Travelers.

Plot/ In 1964, a group of scientists creates a portal that takes them to a barren, mutant inhabited, Earth in the year 2071. 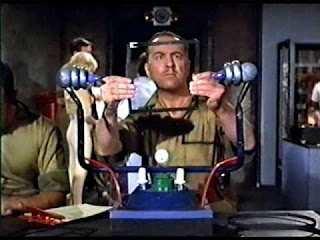 After watching this low budget gem, I am glad that I stumbled upon it. Coming from the great low budget era, this one has many elements that make it an entertaining and fun watch. The scripting is amazing, with both imagination and intelligence to ask poignant questions (especially from that era). The performances are solid, the effects work (even if they feel somewhat dated today), and the storylines allow the movie to grow and stay relevant all these years later. Yes, there are some obvious budgetary constraints that are visible and you will have to suspend belief, but that is one of the things that make sci-fi flicks so fun. In the end, this is a film that any fan of classic sci-fi should see. Sure, it isn’t Oscar worthy, but for its budget, it is better than many other entries from that era. 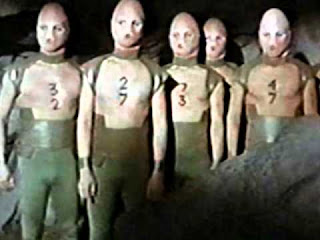