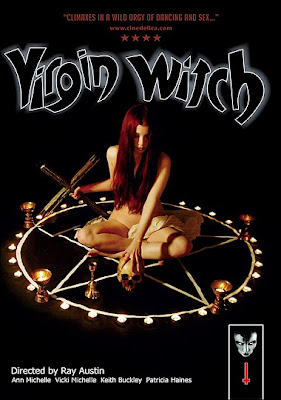 Thursday night I was able to catch up on some of my Netflix queue that I have neglected with the daughters being awake at all hours. First it was Devil's Pass, then my next selection took me back into the 1970s and the great era of exploitation flicks. My second selection for the evening was Virgin Witch from 1972. 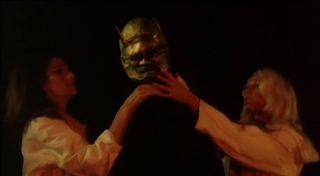 Plot/ Christine gets her big chance at modelling when she applies at Sybil Waite's agency. Together with Christine's sister Betty they go to a castle for the weekend for a photo shoot. Sybil has lured Christine to the castle for more than modelling: she is recruiting a virgin for induction into a witch's coven. 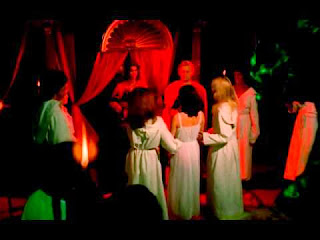 Let me start by saying, if you are not a fan of 1970s exploitation flicks or you have a problem with excessive nudity, stay away. This is nowhere close to a horror / mystery / thriller, it is an exploitation flick from the word go. Far from perfect, this one does have some interesting occult aspects and the ceremonial scenes were pretty good. It also has a tremendous amout of nudity, so if you are into that, this one is for you. Sure, the plot was sporadic and thin, the acting is decent, and there was little atmosphere with minimal witchcraft aspects sprikled in. Truly, it was about the nudity. In the end, this is a British exploitation flick filled with nude women. If that sounds interesting, give it a shot. I found it entertaining. 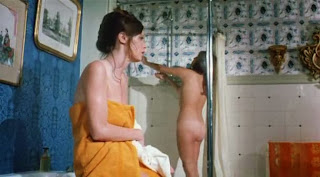