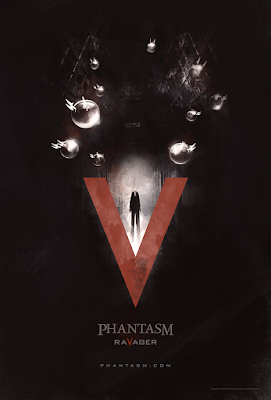 As I settle down for the Christmas Eve adventure, I decided to finish a review on one of the first movies I watched on the new television. In many ways, this flick, while an ending of an era, served to be the perfect movie to start my new television with, because it made me also revisit the source material (which will be reviewed soon-maybe tomorrow). This movie is the 2016 entry Phantasm: Ravager.

Plot/ Reggie is wandering through the desert seeking out his friend Mike and the evil The Tall Man. Along his journey; he is hunted down by the dangerous spheres and stumbles upon the gorgeous Dawn. Out of the blue, he finds himself in an institution with Mike explaining that he has dementia and then in another dimension. 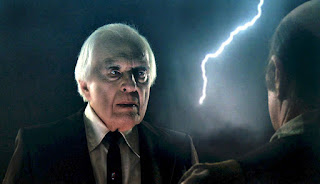 Being a fan of the series from the start, I was definitely saddened by the word of the passing of Angus Scrimm, but I knew we would have this last entry to complete the saga. While this one may not be as great as some of the earlier entries in the series, I definitely enjoyed many of the dimensional aspects and of course the use of the spheres. I also loved the way the storyline revolved around Reggie and the way he was dealing with a real life turmoil that in many ways plagues all of us in some way. The performances and effects work and in some ways the storyline and its surreal nature does serve as a solid ending to the franchise. Of course, this story may not be for everyone because of the way it is portrayed and with the fact that there are a bunch of unanswered questions lingering inside the different dimensions, but to me, that was fine. In the end, this entry will definitely have mixed reviews. For me, who watched the original in my youth at the drive in, it was a solid yet subdued entry in a classic franchise. 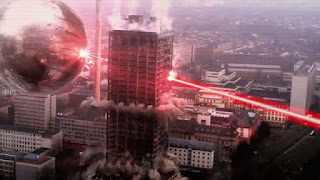