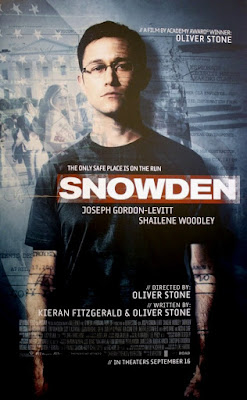 Here it is, post number 1500 at the Ringmaster's Realm. As I said in yesterday’s post, I put a lot of thought into what movie I would review and decided on Snowden from Oliver Stone. To me, this was a very important story that must be told, and there is no one better than Stone to deliver the goods. No matter where you stand on Edward Snowden, he is a hero and should not be subjected to the hatred and ridicule he has faced. In fact, no whistleblower should be treated in this manner and if the United States government was not so corrupt, did not have so much to hide, and did not treat whistleblowers like criminals, this ordeal may not have ever happened. This is a perfect example and a powerful look at the Military Industrial Complex and the globalist community (led by the United States Government) that wants to enslave not only America, but also all of humanity. 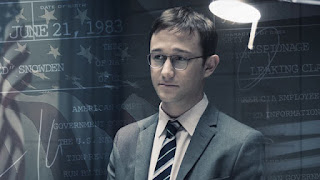 Plot/ The illegal NSA surveillance techniques are leaked to the public by one of the agency's employees, Edward Snowden, in the form of thousands of classified documents distributed to the press. 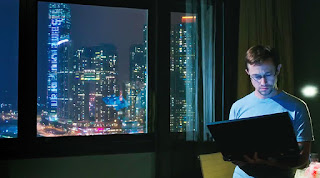 Any time I sit down to watch a movie by Oliver Stone, I am excited about what minuscule detail will be brought out for the entire world to see. That was especially the case with Snowden. No matter what your political ideology is, the truths revealed by Edward Snowden opened the door for a more transparent society and again proved that you cannot trust the government. This is a great movie about a man that should be viewed as an American hero. Stone again delivers with his great eye for a story, and also proves he is not afraid to say things within his films that a great many people believe, but do not have a platform to speak from. Joseph Gordon-Levitt is outstanding as Snowden, and should be in line for recognition during award season. The rest of the cast is also top-notch and their performances are solid. The storyline and script is well developed, the cinematography and editing are tremendous, and the amount of information provided to the viewer is powerful. It was an easy watch and a movie that kept me glued to the screen. The only real negative with the movie is the fact that everything felt a bit compressed for the runtime. Yes, there will be viewers that discount the authenticity and will blindly believe that the surveillance infrastructure is fiction, but for them I would say wake up. Since the inception of the Patriot Act, no one has been free, and this story again proves that what many believe are conspiracies and indeed truths. In the end, Snowden is a powerful movie that should rank up there near the top of the Stone portfolio. It is a movie that must be seen full of information that should be embraced. Find it and watch it! 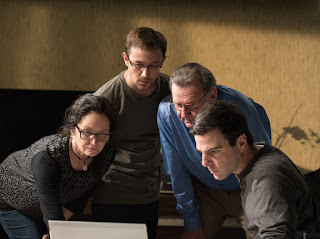