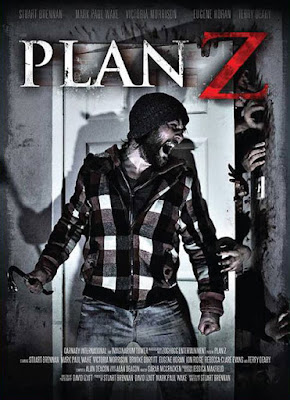 After spending last night getting caught up on a few of the films that I watched in between trips to Family Video, it is now time to get back into the swing of things. The next movie that falls closer to the horror genre up for review is the 2016 zombie entry Plan Z. 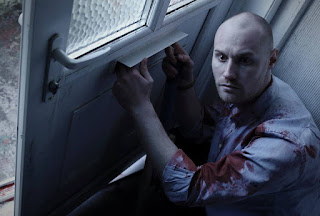 Plot/ One man has a plan for a zombie outbreak, when one occurs it will take all his will to stick to it and all of his courage to change it.

I went into this unsure of what to expect, but was excited by the independent aspects of the film. This was definitely more of a zombie themed character piece than straight zombie entry. This movie definitely had some of the elements that are prevalent within independent cinema, but it also had enough positives to make it at least entertaining. While I do not think, it reached its potential; the atmosphere and performances were at least solid. Unfortunately, the storyline was somewhat thin, the cinematography was uneven, and overall the film lacked memorable qualities that would make a lasting impression. In the end, it is a decent character piece that will help pass some time on a cold evening. Other than that, there is nothing new. Watch it, but be warned it is far from perfect. 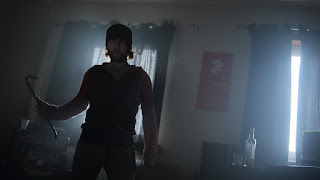