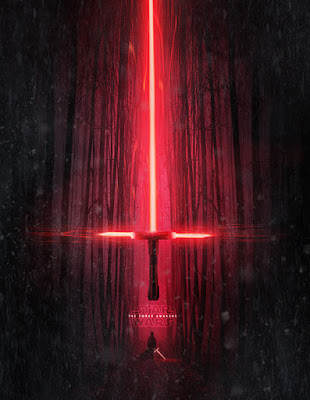 While I am not one that usually speculates on movies I watch, especially about characters or plot lines, I have become obsessed by an idea that came to mind after watching Star Wars: The Force Awakens. Being a huge fan of the franchise, especially the different storylines and the way they interconnect, this theory came to mind, as soon as I first saw one of the characters, and his actions.

Before I move any further, there may be some spoilers, although that is in no way my intentions. So, if you have not seen this one yet, move along, there is nothing to see here.

Who is Supreme Leader Snoke? Yes, there are theories out there that he is Darth Plagueis (who survived the attack from young Darth Sidious), Emperor Palpatine (who survived in Return of the Jedi), and some other crazy thoughts and theories. While my idea may not be as crazy as say Jar Jar Binks, I also believe that it could be an interesting twist that could make for an amazing run of movies. What if Supreme Leader Snoke is actually Luke Skywalker himself? Yes, yes, I know that may sound insane, but think about it for a second and there are parts of the storyline that bring this into focus.

It was clear at the end of Return of the Jedi, Luke was torn and he could have gone either way, even attempting to strike down the Emperor. What if that turmoil became too much and he regretted not assuming the position with his father to rule the galaxy as father and son.

Now, fast forward to The Force Awakens. Snoke is a hologram, and at this point, no one has seen him except in that form. Plus, he does have a scar on his forehead (wampa attack?). OK, maybe that is a stretch, but, when you start looking at the entire puzzle, it may not be as crazy as some think.

What do we know about Luke? He failed in building a Jedi academy and had a pupil turn to against him, a student with Skywalker blood flowing through his veins. Couple that with the fact that no one has seen Luke since Kylo turned Vader and killed the young Jedi at the academy (until the end), and there is a strange mystery building.

Here is where it gets interesting to me, what if he did that as part of his training to help take over the galaxy with Luke? Many of Kylo’s actions and statements would fit. His grandfather wanted to rule the galaxy with Luke (finish what you started?), and Kylo could make that happen when and if the Rebellion, or Resistance falls to the First Order. Of course, there is still the problem of Rey, her bloodline, and powers that could cause a problem with this theory, but that too can be somewhat explained.

What if Kylo saved Rey, to potentially add a future ally? If Obi-Wan was able to hide Leia from Darth Vader and the Emperor, would it not be possible for Rey to be “dead” to the world, her hidden Jedi abilities tucked away on an outlying planet? It could be possible, if not plausible especially when you think about how she was received by Han, Leia, and even Luke at the end. There was almost a touch of shock in their reactions, almost to the point where they were speechless.

Knowing that Rey would want to search for Luke, especially not understanding her powers, Kylo has set up the perfect training scenario for the dark side, and potentially provided Snoke/Luke with two apprentices that can search out and destroy the Resistance in the name of the First Order.

Of course, this is just my theory, and I am nothing but a fan with an active imagination and a love of the dark side. Please let me know what you think? I would love to hear some feedback.
Darth Vader Episode VII: The Force Awakens Kylo Ren Luke Skywalker Rey Star Wars Supreme Leader Snoke