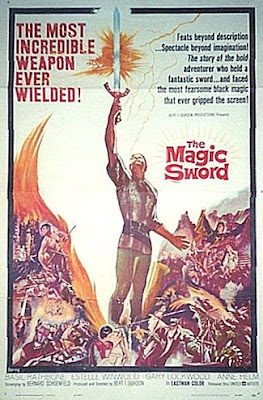 I was searching for something different after the indie time travel flick 41 last night, and different is definitely what I found. Wanting something with a crusades type feel, I stumbled upon the 1962 low budget entry The Magic Sword, and that is what I decided on for my next review. 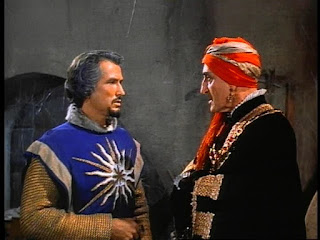 Plot/ The son of a sorceress, armed with weapons, armor and six magically summoned knights, embarks on a quest to save a princess from a vengeful wizard.

I wanted something Medieval and that is what I got with this one. While by today’s standards, this B-movie would suffer greatly. However, if viewing it inside the prism of the era of filmmaking, one would find this an fascinating journey into fantasy with some interesting effects, vivid imagery, and a solid cast that took on the low budget entry and made it likely better than it should have been. Yes, the scripting and dialog are laughable at best, some of the plot is insane, and some of the performances were uneven, but those add something to the schlock or cheese factor of this film. In the end, this one may not be the greatest of the era, but it definitely had some intriguing moments that made it entertaining. This one is certainly not for everyone, but if you are searching for a low budget schlockfest from the 1960s, give it a shot! 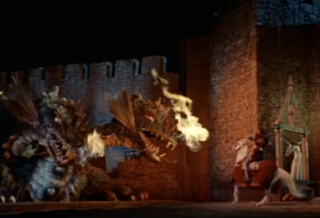