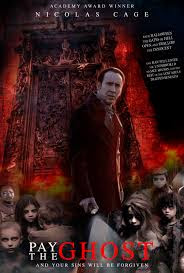 As I said yesterday, Hangar 10 was bad. And after some long debate with the voices in my head last night, I decided to totally change genres to try to clear it from my mind. My choice for the evening (after the debates) was the 2015 Nick Cage entry Pay the Ghost. 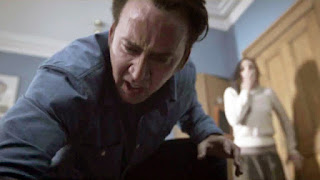 Plot/ A professor frantically searches for his son who disappeared after being abducted during a Halloween parade. 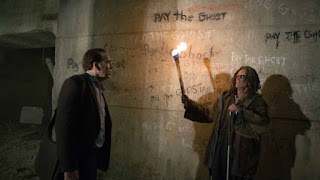 After Hangar 10, I am sure that anything I chose would have seemed interesting. However, while Pay the Ghost had some clichéd moments, it was actually an interesting (albeit unbelievable) storyline. More of a drama or thriller than horror flick, it is low on scares and relies more on the darker atmosphere and the typical Nicolas Cage theatrics to keep the story moving along. Sure, there were so dialog issues and some of the effects were uneven, but that was to be expected. In the end, while this was not a great movie, it was decent and made for a nice addition to my evening.