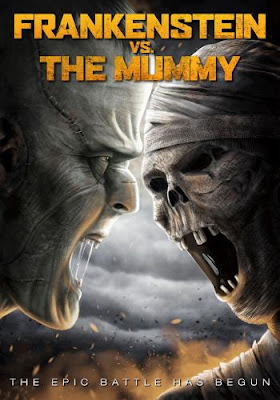 This has been a long day. While the Nightmares first tournament at Thiel was a mixed bag and at times frustrating, the girls definitely got better as the day progressed and put up an outstanding battle with in the knockout round. With five hours of driving, and five hours of softball behind me, I needed a mindless break. After some searching, I settled on the 2015 monster flick, Frankenstein vs. The Mummy. 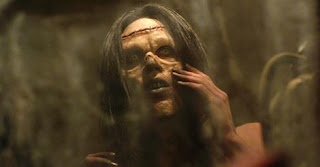 Plot/ The mummy of a cursed pharaoh and a reanimated corpse terrorize a medical university. Only an Egyptologist and a college professor, the deranged Dr. Frankenstein, may be able to stop the creatures before it is too late. 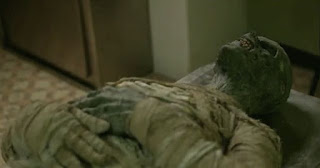 I honestly did not expect much from this one, and that is exactly what I got. Unfortunately, my selection for mindless horror was not a tight 90 minutes, and it was definitely longer than it should have been. Yes, there were some decent effects that were better than CGI and the quick mention of ancient alien theory was nice, but that was about it. The scripting and characters were flat, the horror sequences were not memorable, and the performances were average. In the end, this film is one that did help pass my evening, but it is also one that I will likely forget by the morning. Unless you have no other choices, you may want to pass on this one. 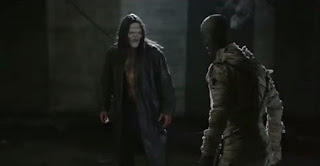