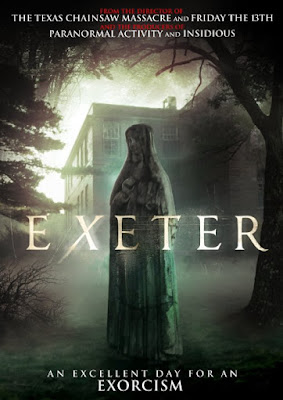 After taking a few days off from the blog finishing up my final papers for my college class and recovering from the late night trip to see Star Wars: The Force Awakens, I decided it was time to jump back into the blog with something a touch darker. After searching for something, I decided on the 2015 exorcism themed flick Exeter. 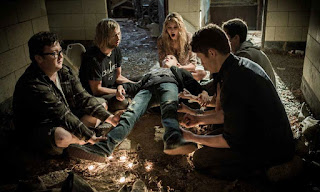 Plot/ A group of teenagers accidentally release an evil spirit that starts to possess them one by one. 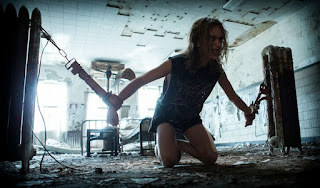 Let me start by saying that this one is nothing that has not crossed your screen before, especially if like me, you are a horror fanatic. Exeter AKA The Asylum AKA Backmask, is definitely riddled with clichéd moments and will feel very familiar, but it does have some interesting moments with an outstanding soundscape and some decent effects and the storyline, while riddled with clichéd moments, at least attempted to put a different spin on them. Unfortunately, the mixture of horror and comedy did not quite come off as well as some others in the genre. Couple that with some uneven performances and an extremely predictable ending, and you have a movie that will fall into the love it or hate it category. In the end, I loved the movie, as the overall feel of the movie was probably better than I expected with the amount of cliché moments. It is definitely not for everyone, but if you like exorcism flicks, you could do much work. 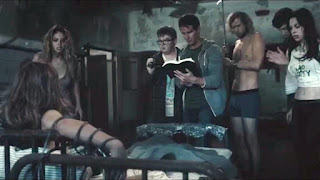