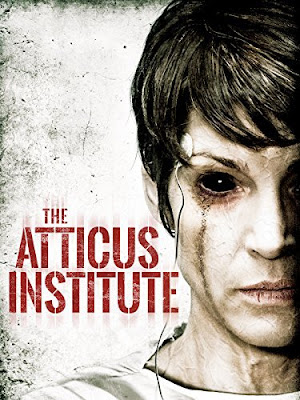 While I was writing up my new theory on who, Supreme Leader Snoke is in Star Wars: The Force Awakens, I needed something to help soothe my mind. To help me through this process, I decided to watch something different, the 2015 mockumentary, The Atticus Institute. 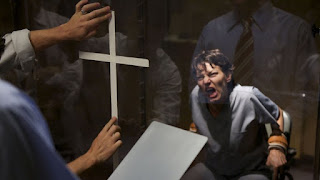 Plot/ In the fall of 1976, a small psychology lab in Pennsylvania became the unwitting home to the only government-confirmed case of possession. The U.S. military assumed control of the lab under orders of national security and, soon after, implemented measures aimed at arming the entity. The details of the inexplicable events that occurred are being made public after remaining classified for nearly forty years. 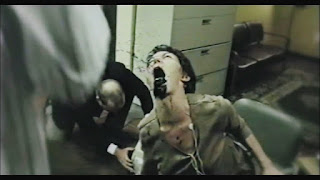 Found footage and mockumentary styled films are always hit and miss, and that is again the case with this one. While I loved the setting, the idea, and some of the cinematography and plot elements used, it did not come off as well as it started out. This had potential, especially with the governmental experiment ideas that were presented inside. Having grown up in that era, the rumored government experiments always drove conspiracy theories, and as we have discovered now (decades later) most of those conspiracies were true. Unfortunately, the movie never builds on the hypothetical theories it is built upon, and at times becomes extremely predictable and falls flat. In fact, I believe in this case, the mockumentary style is what derails this one (although the clichéd and overdone possession angles do not help either). In the end, there was really nothing new inside this one and it never builds a suspenseful atmosphere that will draw you in. Sure, it is not terrible, but it is also just average-not good for a movie in a flooded genre. 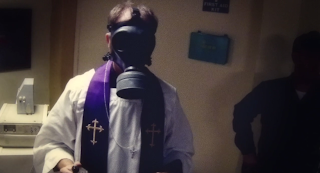