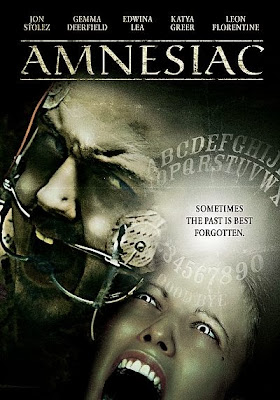 Now that I have had enough with the Sci-Fi and post-apocalyptic worlds for a little while, I decided to venture out to Family Video to see what I could find. It has been a couple weeks since I made that trip across town, as the last time I was there nothing jumped out at me. With everything running together, I might as well just kick back with Netflix. While there I saw a few things that caught my eye, the first was the 2013 low budget entry Amnesiac from Hunger Cult Films and Midnight Releasing. 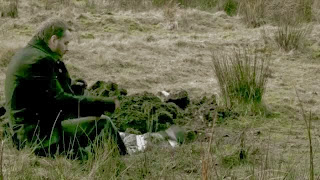 Plot/ A gripping blend of supernatural horror and psychological drama counting the cost of loss, guilt and reckless desperation as we delve into the life of one deeply disturbed young woman and the afterlife of one equally disturbed dead man. 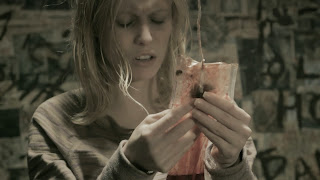 With this being a low budget independent entry, I went into it with mixed emotions. Fortunately, what I found was much better than I expected. Also known as Wyke Wreake, this one was not perfect, but coming from the indie scene, I did not expect it to be. What I found was a cast that worked well together and the acting was rather good. The storyline was curious; there were some interesting editing choices that added some surrealism to the atmosphere and the effects worked. The most impressive aspect of the film was the script and storyline, which was both entertaining and thought provoking. Yes, there were some sound track issues that made little sense and somewhat took away from the building atmosphere and there were editing decisions left things a bit incoherent in place. However, this was a much better effort than much of the low budget cinema that plagues the genre. In the end, this is an entertaining and intriguing psychological horror flick and a movie that should be seen. If you have a chance, check it out! 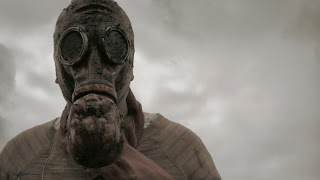