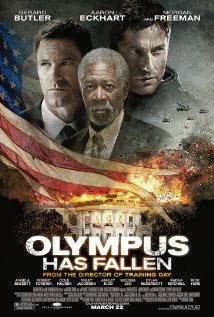 Last night was another day at the house and another trip into Netflix to find something for my viewing pleasure. Of course, I had wanted to watch VHS 2, as one of my students recommended it, but after some time with the daughters hanging out, I knew that would not work. After thinking about it, I decided upon Olympus Has Fallen from 2013. 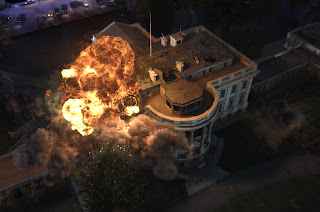 Plot/ Disgraced former Presidential guard Mike Banning finds himself trapped inside the White House in the wake of a terrorist attack; using his inside knowledge, Banning works with national security to rescue the President from his kidnappers. 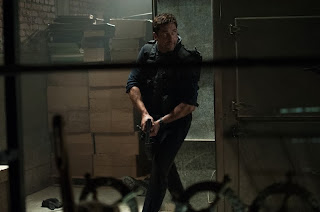 This was definitely one of those mindless action flicks that while it had some entertaining moments, also suffered from many of the pitfalls that plague this genre. There were some solid performances, decent action scenes and the cinematography worked. Unfortunately, the characterization was uneven, the CGI hit and miss, and the plot featured a lot of huge holes that took away from the already unbelievable storyline.  On a positive note, this was much better than White House Down, as the enemy was at least tangible and not a piece of propaganda created to meet the radical progressive narrative. In the end, I enjoyed this flick and found it an interesting journey with some thought provoking moments. Sure, it is not for everyone, but no movie is.