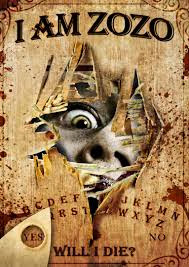 After spending some time in retro mode lately, I decided to modernize my selections for the holiday weekend. While Halloween is my favorite holiday, I also love spending time with my family. Sure, we do not have those classic family political discussions because our opposite views would definitely spawn arguments. Yes, I am related to a batch of Progressives, and all of my attempts at showing them some Libertarian light has failed. Oh well, I will keep trying. Now, back to the review; my next selection is the 2012 entry I Am ZoZo. 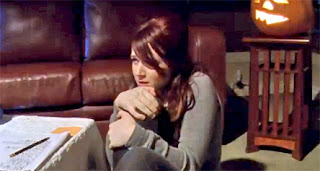 Plot/ I Am ZoZo is a psychological thriller about five young people who play with a Ouija board on Halloween and attract the attention of a malevolent demon. The film is based on real experiences with an ancient and malevolent spirit called ZoZo that attaches itself to people exclusively through Ouija boards. 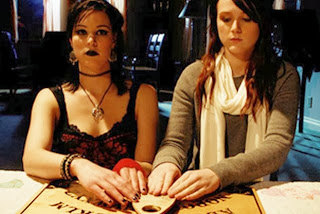 I will admit I was interested in seeing this mostly because of one of my students who talked about ZoZo all the time. While I figured it would have some flaws, I have to admit that I was caught off guard by this one. Yes, the idea was interesting and had potential, especially shooting in Super 8,  but that was lost by poor execution within the storyline and too much cliché. The acting is uneven, the characterization lacking, and there was really no scary points. Sure, there were a few creepy moments with the Ouija Board, but those are just eerie in general.  In the end, this flick loosely based on true events does not live up to its promise and becomes another forgettable trip in horror. 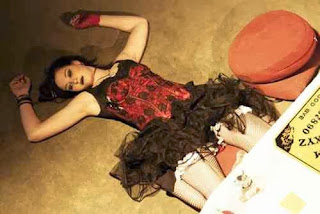