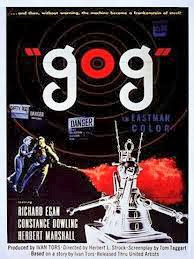 As Monday passed by and I started working on my new class in school, Digital Literacy, my day was filled with activity. Between finishing up teaching VHF Communications, sitting through an online meeting, and dealing with more cold weather, I could not ask for anything better. When I sat down to relax and find something to watch, I decided that it was time to venture back into the land of the Digital Immigrant for the 1954 Sci-Fi classic GOG. 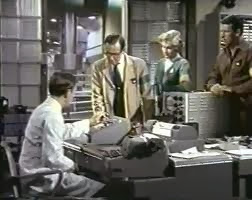 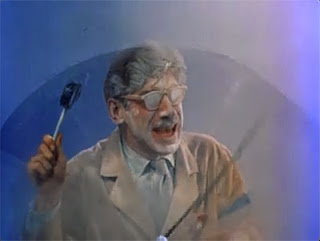 This one had been taunting me for some time until I broke down and watched it. I am glad that I did. This was an interesting and realistic take on early science based suspense.  In many ways, this Sci-Fi gem of the early 1950s is actually a precursor to real technology of today, portraying it perfectly within the heart of the Cold War tensions of the day. The acting was solid, the effects good and the storyline and the cinematography works. On top of that, the robots GOG and MAGOG are curious, especially considering the age of the film. Yes, some of the scripting may drag some of the pacing in the middle and some of the action scenes miss the mark, but for a film that is almost 60-years old, some flaws are expected. In the end, GOG is one of those Saturday Sci-Fi Matinee Classics that are entertaining and fun; perfect for fans of classic Sci-Fi. 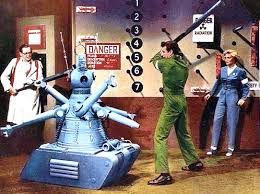