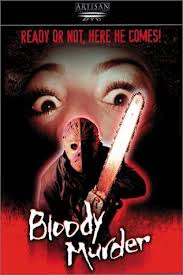 The 1980s had some of the best horror, especially in the slasher arena. Unfortunately, people like Tipper Gore and her minions pushed for censorship and almost ruined the genre. That is what makes the rise of stuff such as the Saw franchise so refreshing in the 2000s.  However, there were the 1990s and the rise of the PG-13 horrorfest. What a terrible decade that was… That being said, I decided to venture right there with 2000s slasher Bloody Murder. 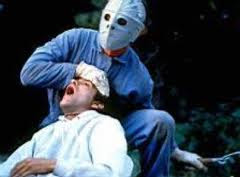 Plot/ Julie McConnell is one of a dozen camp counselors working to re-open a summer camp when a series of murders and disappearances begin committed by a hockey masked killer who may be the urban legend killer Trevor Moorehouse. 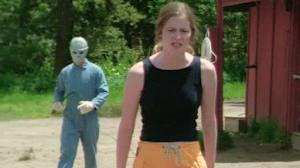 After their heyday in the 1980s, the slasher genre took a beating by censorship organizations, which led to the rise of PG-13 horror. That is possibly the darkest period in horror, as everything is watered down. That is the case with the flick. Clearly intended to be a clichéd schlockfest hearkening to the Friday the 13ths that started the movement, this flick is a watered down, teen driven slasher without the blood and gore. There were less murders, more blood-spray, and more dialogue, all along there is a drop in body counts. The acting is OK, and the story, while cliché had enough potential to at least be extremely entertaining. Unfortunately, it does nothing to make it anything more than another flick in the mode of the PG-13 that populated the 1990s. I watched this again tonight onDemand for free, and I do not recommend watching it unless you have to see every slasher ever made. 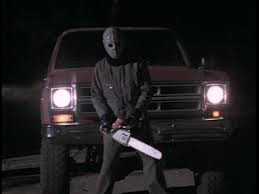