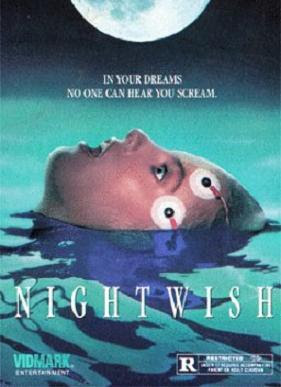 After pulling a late night at the institute tonight, I wanted to find something fun, entertaining and different to unwind to. I really think that I have been pushing myself a bit too much with more serious stuff lately. After some thought, I decided to see what I could find on Netflix. What I found in Nightwish was a blast from the past. 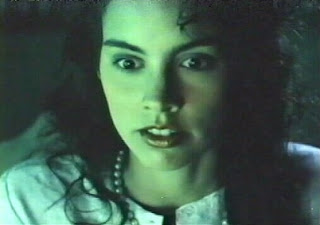 Plot/ A professor and four graduate students journey to a crumbling mansion to investigate paranormal activity and must battle ghosts, aliens and satanic entities. 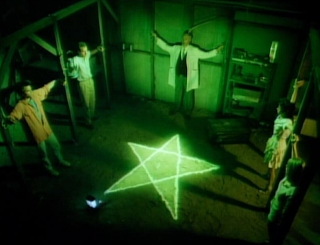 When I saw this on Netflix, I knew that I had watched it years ago when it came out, but could not place it. Once it started, I knew exactly what it was. Yes, this was a B-Grade horror flick from the late 1980s, but it was one that had an original and surrealistic concept that worked well in the all-encompassing script. This one had everything, and while, unbelievable, was able to pull it off. Sure, some of it was too over-the-top, with decent effects and campy visual effects, but, between the incoherent storyline, solid performances and heavy atmosphere, an entertaining flick was found. Sure, some of it was possibly too erratic, some of the scripting forced it to drag at points and the score is dated, but those things are easily overlooked. In the end, if you are looking for something off kilter and weird that can take back to a more open time in horror history, give this one a chance, it honestly has everything you could ask for. 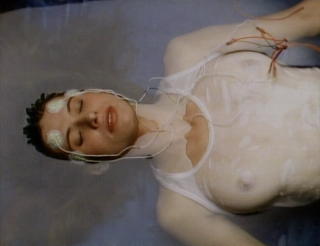