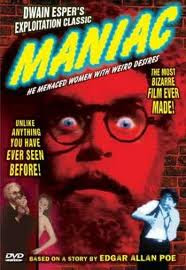 After taking a day off from the blog to watch Alex Jones on the Piers Morgan show, I decided to jump back into it with something else from the Original Cult Classics set. While I have watched and reviewed much of that set, there are a couple of flicks left that I have not seen. One such flick is Maniac (AKA Sex Maniac) from 1934, which is said to be a loose adaptation of the Edgar Allan Poe classics The Black Cat and Murders in the Rue Morgue. 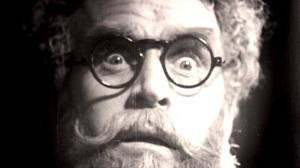 Plot/ Don Maxwell is an ex-vaudeville ham, wanted by police, who has now found himself as the unlikely assistant to Dr. Meirschultz, a mad scientist in the business of reanimating corpses. Maxwell's gift of impersonation gets him and Meirschultz past the guards and into a morgue where they use a special serum to revive the corpse of a young woman. 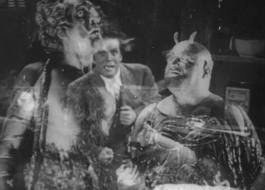 OK, this is a bad movie, but it is definitely an entertaining one. Film in 1934, Maniac (AKA Sex Maniac) may be one of the first exploitation flicks out there, complete with some grainy semi-nude scenes toward the end. Yes, it has some over-the-top acting that while schlocky, does not reach the highest level of ham. The quality is grainy and at times blurry, and the storyline is incoherent at best. However, it is an entertaining watch, and it is worth watching just for the historical value. In addition, it is not even close to the worst film of the era, and measures up to many of the schlockfest B Movies of the period. Would I run out and buy it alone? No, but as part of the Original Cult Classics set, it fits perfectly. 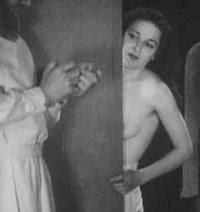