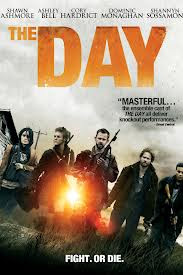 After suffering through Grizzly Flats, I had hoped that my next selection would be much better. I had honestly wanted something different from anything that I have selected recently. With the pulse of society being uneven recently, I decided that I wanted to watch something more apocalyptic. In the end, I decided upon the 2011 independent flick The Day. 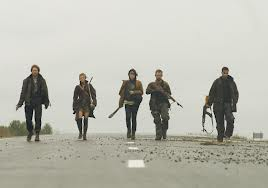 Plot/ A group of five people working to stay alive in a post-apocalyptic future discover what they think is a safe, abandoned farmhouse, but they soon find themselves fighting to stay alive as a gang of bloodthirsty predators attack. 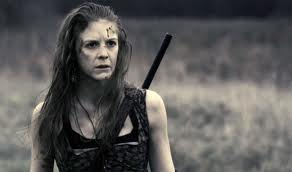 When I grabbed this, I expected something very different. However, what I found was much better than that. This was a dark, entertaining and somewhat dismal journey into post-apocalyptic depravity. More of a thriller or character driven drama than anything else, this has a tremendous atmosphere, outstanding performances and an intensity that permeates dread throughout the fabric of the film. More importantly, this storyline projects a harsh reality of what could happen if this type of environment comes to life, and it was a treat to watch. Some may not enjoy it as much as I did, and that is understandable, but that is OK. In the end, this is an entertaining dark drama that should be watched at least once. 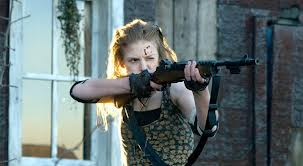