Can I be invited to a Vampire Happening? 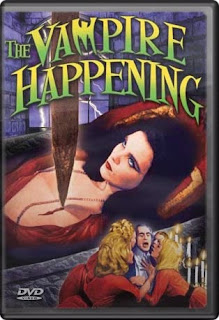 After taking an evening off from the realm of horror, I was back at it with Vampire Happening

collection that was rather entertaining. Ironically, the tagline says it all for this movie, The Adult Vampire Sex Comedy! Hell, even my wife enjoyed watching it… 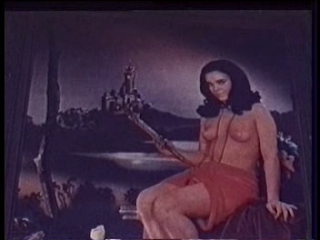 Plot/ An American actress inherits a castle in Transylvania. What she doesn't know is that her ancestor, the Baroness Catali, was in actuality a vampire countess, and emerges from her tomb to ravage the nearby village and Catholic seminary. 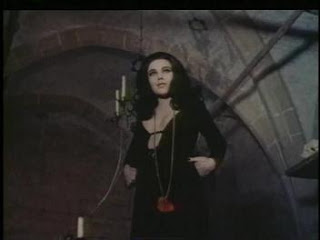 Yes, this movie is FAR from perfect. In fact, the acting, the script, the filming and some of the Cheese make it one of the worst technical movies I have ever seen. However, the film was quite entertaining. In many ways, it was so outlandish and unbelievable that it had me rolling almost like an early horror attempt at Airplane

before there was an Airplane

. If you have not seen it, let me warn you, there is nothing thought provoking in this movie, but there is a lot of satirical sex driven jokes, some interesting attempts at characterization and yes, a TON of nudity.